Tiziana Gironi was born, lives and works in Bologna. After the high-school degree, she specialized at the Anatomic Drawing’s Superior School of Medicine and Surgery Course of Bologna University and later she spent some years drawing for publishers specialized in medical and scientific publications. 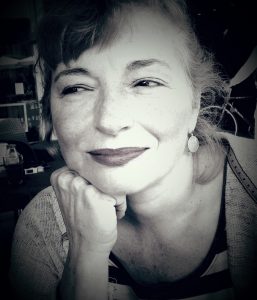 Her water-colours paintings have been selected to be exposed at the Exhibition of Illustrators during the International Children’s Book Fair of Bologna and afterwards these paitings have been exposed at the Itabashi-ku and Nishinomiya Municipal Museum of Art in Tokyo. In the 1991 and 1992 during the Laboratory of Animation Movie of the Film Library of Bologna she took part in “Animaton” workshop attended by Andrè Leduc and she was part of the team that realized the movies called “Strati”, “Inquinamento acustico” and “Statì and rik divertissements”. She realized the pictures of many fairy tales of the collection written by H. C. Andersen and published by the Scandinavia Publishing House and also worked with several other Italian publishing houses like Fratelli Fabbri, Giunti Editore, Fatatrac, RAI, etc. and the Swedish “MAPS International”. She is also a naturalistic illustrator. In the 1985 her water-colours painting called “ Il Volo” has been selected during the “Disegnare per Airone” drawing competition organized by the Airone magazine (Mondadori publishing house). In the 1989 one of her water-colours paiting has been awarded by the art magazine “D & D” Disegnare & Dipingere (Nesi publishing house). She realized the drawings of the Natural Reserves and Parks of the Emilia Romagna Region edited by the national newspaper “La Repubblica” and her nature tables, picturing plants and animals, are exposed in the visitors centers of the Corno alle Scale Regional Park. It’s almost twenty years since she started to draw for the Villa Ghigi Foundation (Natural Conservation, Environment Defense and Natural Science Educational Center). She realized the pictures for the new WWF Oasis, la Francesa di Carpi, opened in the 2008. She has been drawing and painting for the ceramic industry for several years.  Since 2008 she is focusing on illumination.

She has been working for the FMR-Marilena Ferrari and she realized the illumination for the only four copies of the first papal encyclic “Deus Caritas Est” of Pope Benedetto XVI° and also the illuminations on the manual transcription of the National anthem donated from the Italian Government to the Great Nation attending the G8 in Aquila in the 2009. She has exhibited her works as part of the exhibition ‘Miniatura Viva’ at the Biblioteca Riccardiana of Florence, which was organized by the prestigious magazine ‘Alumina  Illuminated Pages’.  The drawings and the paintings are her work and her hobby, and her hobby is her work.